skip to main | skip to sidebar

A Girls Weekend in Corsica 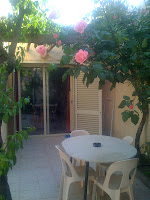 "Happiness is not something ready made. It comes from your own actions."- Dalai Lama


As much as I love my house, I had to leave. Time for this bird to see new things as well as my little birds, Isabella and Taylor. The choice was clear. Corsica.

Traveling to Corsica was alot easier than I had expected in that I was traveling by myself and the girls. Taking the car was the best idea, and was a breeze on the ferry. We boarded the Corsica Ferry, and within less than a half hour, we were comfortably set up in our handicap cabin, and already on deck with the other passengers waving goodbye to the coastline of Nice speckled with sunbathers. Girla, well, she just made herself right at home, and by the end of our outward journey, she had won the affection of some Harley Davidson riders on board, as well as a few other passengers. 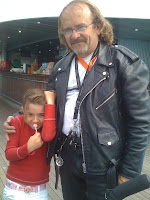 We arrived and headed south to a small understated town called Folleli. Our hotel was located on the beach on a vast private piece of lush property. For a moment, I thought I was back in Costa Rica as I watched the leaves of the palm trees sway with the gentle breeze.

Our villa was so simple and charming, at immaculately clean. Just being able to wake up in the morning and go out onto the terrace laced with roof high roses made me instantly feel like we chose the right place. By 9am we were eating our 'petit dejeuner' on the restaurant's terrace over looking the blue meditteranean. By no means were we in the most beautiful part of Corsica, but it was the fact that since it was pre-season, and a gorgeous day, it really didn't matter. We were here. Most of the morning was spent on the beach, afternoon lunch in another nearby village of San Nicalao. Pizza, salad, and a small craffe of wine served in a charming little decanter...we were happy. I was continually amazed to see the beautiful flowers everywhere. I guess Corsicans have green thumbs. As for me, I seem to be really good at growing weeds! 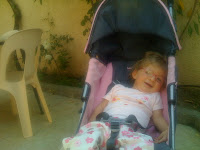 The natural landscape of the eastern side of Corsica reminded me of a combination of Costa Rica and France. With the lush nature, high mountains, sprinkled with French villas and vineyards, it was like I had just found my new Tamarindo. 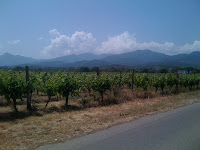 My time with the girls was so wonderful. Their faces beaming with beautiful smiles.

Corsica, we will see you soon.


Posted by From the Jungle to the Vineyard at 5:51 PM 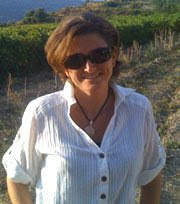 From the Jungle to the Vineyard
Nice, Cote d'Azur, France
Just when I thought I found my place, my paradise, my life changed, so I had to make the choice of finding a new one. Instead I found my family.